Dr. Christine Burch is Headed for the Moon
By Picture Credit: NASA | December 08, 2021 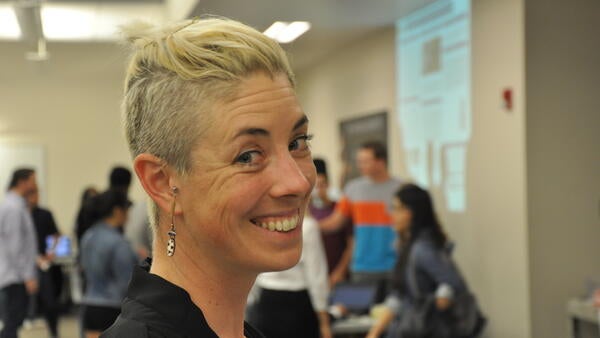 Former Bioengineering Instructor Dr. Christine Burch has been selected as one of ten 2021 NASA Astronaut Candidates. Christine lectured for UCR during the 2015 -2016 academic year and was a dynamo. At the undergraduate level, Christine taught lower level undergraduate design, biomedical optical imaging, biotechnology and biomolecular bioengineering and quantitative physiology. She also team-taught senior design and created a special topics course on automating biochemical testing. At the graduate level she taught effective writing.

Christine was clearly enthusiastic about preparing students to be excellent in bioengineering. However she responded to a higher calling and eventually joined the U.S. National Cycling Team where she became a World class cyclists.

We wish Christine the best and hope to hear from her on the moon in the future.